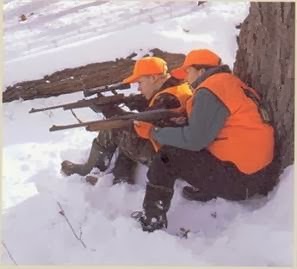 The Pennsylvania Game Commission recently reported that hunters harvested an estimated 352,920 deer during the 2013-14 seasons, an increase of about 3 percent compared to the previous seasons’ harvest of 343,110.  To read the full release click here.

Some of the highlights include the following:
1.  Hunters harvested 134,280 antlered deer (similar to last year) and 218,640 antlerless deer (a 4% increase over last year)
2.  The antlered deer age structure was 47 percent 1½-year-old bucks and 53 percent 2½ year olds or older
3.   The antlerless harvest was nearly 62 percent adult females, about 21 percent button bucks,  and almost 18 percent doe fawns (similar to long term averages)
4.   The antlerless success rate remained approximately 1 in 4 for licenses issued

I have been tracking the Pennsylvania deer harvest trends for a number of years now and thought I would share these along with a few interesting facts that pertain to season changes, antler restrictions, and antlerless permit allocations, etc. 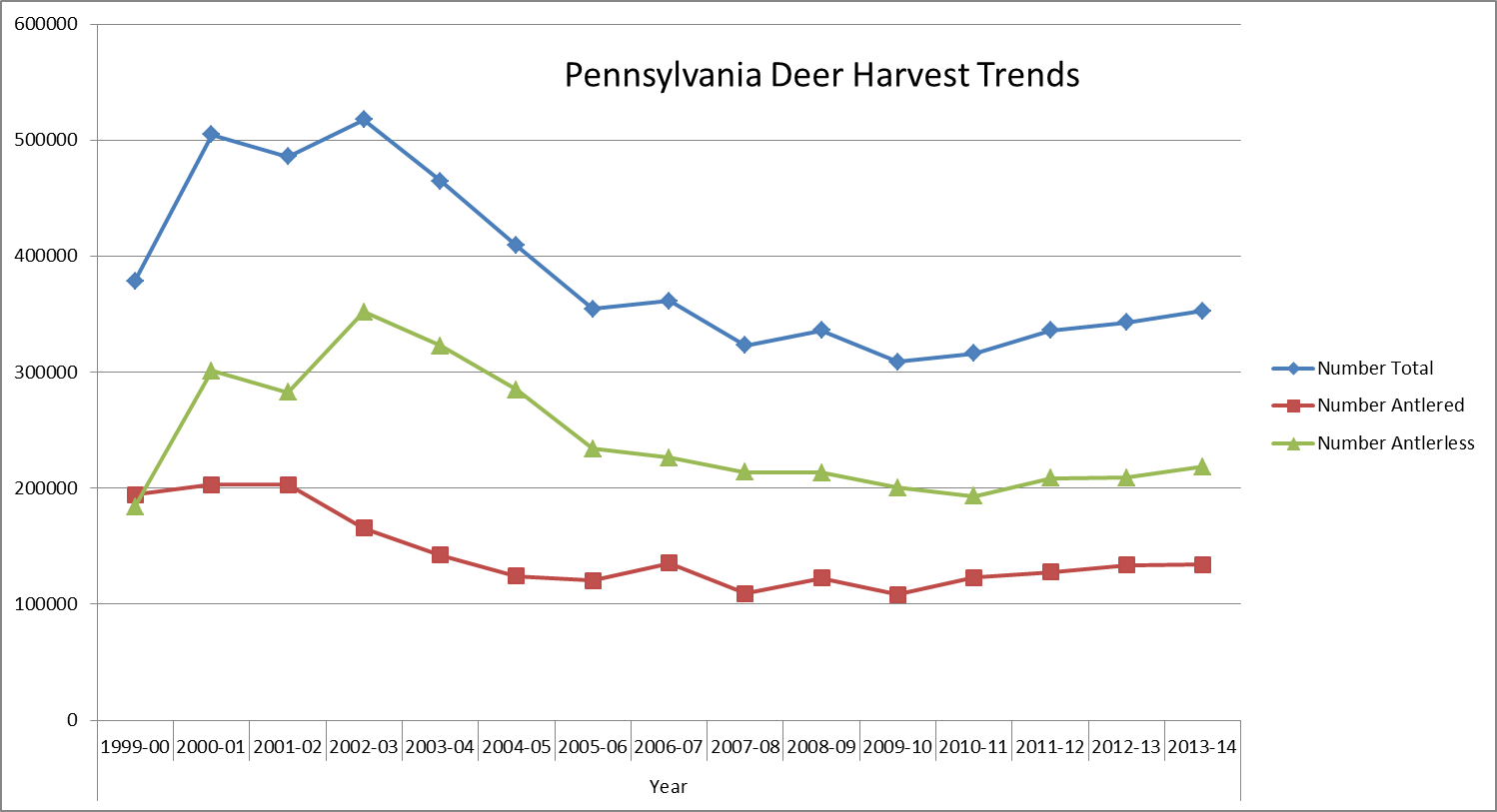 Many of the changes in deer harvest numbers can be attributed to many sweeping changes that have occurred within the Game Commission deer management program.  Below I provided a list of changes by year.  These changes can be useful in explaining current trends as we see deer numbers begin to shift back upwards.

Many of these programs were instituted under the direction of Dr. Gary Alt.  Dr. Alt has since retired and now the deer management program is under the direction of Dr Chris Rosenberry.  Many of these changes were made in an attempt to balance the deer herd with the available habitat and implement more a quality deer management approach.
When antler restrictions were implemented in 2002, in an attempt to protect young buck and regain a more natural breeding ecology, approximately 40,000 bucks were protected from harvest.  In addition, about 70,000 more antlerless deer were harvested in 2002 than in 2001.  Pennsylvania had historically harvested around 200,000 antlered deer
In the late 1990’s buck and doe harvest rates were very similar.  In the 2000's the state began harvesting more antlerless deer than antlered deer.  This was a huge change compared to the traditional deer management that had been practiced in the past where does were heavily protected.
At the highest peak of harvest, seen in 2002-03,  there were 973,000 antlerless permits allocated.  That number has since been reduced.  When the Deer Management Assistance Program (DMAP) was first made available in 2003 there were 176 properties enrolled for a total of 31,784 antlerless coupons.  The coupons were made available for distribution by landowners.  DMAP was the first program that was ever available to landowners who owned nothing but wooded property to assist in harvesting additional deer from their property.
Beginning in 2008 the Game Commission has been removing Wildlife Management Units from the 2 week concurrent buck and doe seasons that was adopted in 2002 and been going more towards the split 5 days buck only and 7 days buck or doe.  There are now a total of 12 units with split 5/7 seasons.