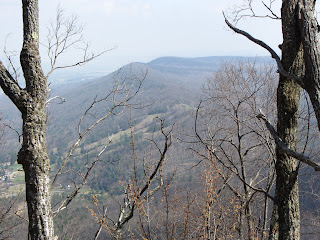 As you drive across the state of Pennsylvania one thing you notice is that it is a heavily forested state, we are very much "Penn's Woods." Forested ridges and scattered woodlots mixed with farmland in the valleys characterize most of Pennsylvania. Pennsylvania's dominant land cover is forest, covering nearly 16.5 million acres or 59% of the state. Many people believe the government owns our forestland. However, government only controls 3 of every 10 acres. The largest government land managers in Pennsylvania include the DCNR Bureau of Forestry (2.1 million acres), the Game Commission (1.1 million acres), and the US Forest Service (513,000 acres). The bulk of this acreage is found in the north-central part of the state and constitutes some of the most remote forestland in the eastern US.

The remaining 12 million acres are held by private owners, estimated to be over 700,000. Said another way, about 1 in 8 households in the state owns some forestland. The average ownership size is estimated at 17-21 acres, with an average ownership tenure of only 7-13 years, and an average age of 57. The decisions these landowners make affect the strength of our forest-based industry, employing about 90,000 workers and contributing 17 billion dollars to the economy of the state. In addition, private forests provide ecological services such as clean air and water, supply habitat for wildlife, and contribute immensely to our quality of life.

Why the Government Owns So Much Land in the West


The United States government owns 47 percent of all land in the West. In some states, including Oregon, Utah and Nevada, the majority of land is owned by the federal government. Of course, it used to own nearly all of it.


And that remaining ownership and management of large tracts of forest and grazing lands is the core of the problem for antigovernment protesters in Oregon. They have taken over a federal building, the latest in a long history of fights between the government and Western settlers about how the lands should be used. 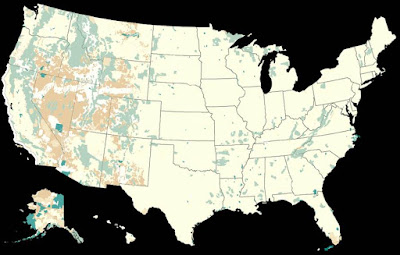 Which Federal Agency Controls the Most Land?


(In Millions of Acres)

How did the federal government get the land?


The history of federal land ownership has been largely one of divestiture and public use, not acquisition. As the United States expanded across the continent, it did so by purchasing or taking the land that became new states. (Among the groups it took land from were Native Americans.)


Over time, it transferred land to state governments and individuals, largely through homesteading and land grants, which allowed farmers to procure parcels of land for agricultural use. The government also tended to allow free use of unclaimed lands by ranchers and others, though there were skirmishes over the years when settlers tried to fence in public land or claimed land in Indian territories.


That strategy worked well in the Midwest, where very little land remains in federal hands. East of the Mississippi, for example, the federal government owns only 4 percent of land. But in the 11 states in the West (including New Mexico, Colorado, Wyoming and Montana, and not counting Alaska), a combination of geography and politics slowed things down. “The whole disposal system sort of hits a speed bump,” said Patricia Limerick, a history professor and director of the Center of the American West at the University of Colorado.


The many mountainous, arid and difficult-to-reach tracts of land in the West simply weren’t attractive to farmers. Settlers claimed the few valleys where farming was feasible and built towns. The only thing most of the remaining land was good for was grazing, but cattle ranchers and sheep herders needed large tracts of land to feed their livestock, not the smaller parcels they could claim through homestead policies. More recently, federal law eliminated homesteading and set up more formal systems for management of the remaining land.

To read the rest of the story click here.
Posted by David R. Jackson at 10:19 AM