A Look into the History of the American Chestnut Tree


This article is extremely well written.  It is one of the best reiterations I have seen on the history of the American Chestnut Tree and it’s battle with the blight.  It is well worth the read.  It is rather long so be sure you have the time to get through it.  It also quotes Professor of Forest Biology Kim Steiner and highlights Penn State's involvement in the effort to breed blight-resistant American chestnut trees. An embedded video features chestnut orchard manager Steve Hoy, research technologist in Forest Ecosystem Science and Management.

The century-long quest to save the American Chestnut may soon be over
Posted October 24, 2017
By Nick Malawskey
PennLive.Com 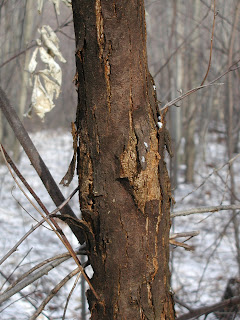 STATE COLLEGE -- About a mile as the crow flies from Beaver Stadium, where the Penn State faithful gather each fall in search of gridiron glory, stands a chestnut tree.

On this late summer afternoon the chestnut's branches are heavy with burrs -- those unique spiny balls that typically protect three nuts. There was a time when any child of the Pennsylvania woods was as familiar with the chestnut burr as an apple, and for many of the same reasons -- good eating, and good for pelting your friends when they're not looking.

In a good year (and this year appears to be good) a single tree can bear more than a thousand burrs -- a prolific bounty that bends this particular chestnut's branches away from the sky and down toward the ground.

Beyond the high deer fence and away over the hill, the remnants of the previous Penn State football game still litter the grounds of Beaver Stadium. There on the hill the stadium stands alone, a shrine of sorts to human athleticism that dwarfs the parking lots and fields that surround it. Back on its sheltered hillside, the chestnut tree also dwarfs the other trees around it.

For another group of faithful (perhaps not as numerous as those who gather at the stadium) this tree also stands as a shrine, a symbol. Rather than celebrating the prowess of the athlete, however, this tree stands as a reminder of humanity's complicated legacy -- of our hubris, and the danger of good intentions, of our ignorance and, perhaps to some degree our vanity; but also as a symbol of hope, of a long promise -- as yet unfulfilled -- and of the enduring, relentless drive that often marks the best of the human spirit.

It is this tree, growing tall and straight on the hillside near State College -- and its relatives and descendants in orchards scattered across the Eastern Seaboard -- that might finally fulfill the hundred-year-old quest to save the American Chestnut, to bring back a tree that was once counted among the kings of the forest but today exists only in scattered enclaves and the memories of our oldest generations.

At the turn of the last century -- before the rapid mechanization of the 20th century and the rise of the suburbs, before highways crisscrossed the land, before there was a Department of Environmental Protection -- there was the American Chestnut.

For the rest of the story click here.
Posted by David R. Jackson at 10:15 AM