More on the Glyphosate Hysteria

Here is an interesting article for all to consider, make your own opinion.  The article is by Ted Williams.  Ted writes on fish and wildlife issues. In addition to books and freelancing for national publications, he contributes to the monthly “Recovery” column for the Nature Conservancy’s online magazine, Cool Green Science. He also serves as CEO of the Native Fish Coalition. 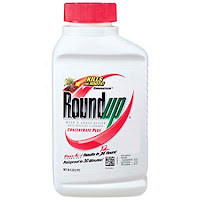 You’ve seen the ads flooding television and social media: “Have you been exposed to weed killer Roundup? If you have cancer, you may be eligible for compensation. Call our law offices … ”

In 2018 and 2019, California juries ordered Roundup’s producer, Monsanto, to pay multimillion-dollar compensations to four non-Hodgkin lymphoma patients who claimed to have been sickened by Roundup (one of dozens of formulations with herbicide glyphosate as the active ingredient). As a result, there are now close to 20,000 lawsuits against the company from people who also allege that exposure to Roundup gave them cancer.

The California verdicts will almost certainly be overturned on appeal because they were based on the alleged failings of Monsanto, not on any scientific evidence that Roundup causes cancer. Follow-up suits that aren’t settled are likely to fail, too.

All scientific bodies that have seriously studied glyphosate report no link to cancer. These include the World Health Organization. But WHO’s loosely connected appendage—the International Agency for Research on Cancer—postulates a “probable” link. Instead of studying glyphosate, it reviewed existing studies of the herbicide. Based on this 2015 review, IARC placed glyphosate on its “2A List” of substances with “limited evidence of carcinogenicity in humans and sufficient evidence of carcinogenicity in experimental animals” or, in IARC’s abbreviated translation, “probably carcinogenic.” That list also includes “very hot beverages” and “red meat.”


Read the rest of the story here.
Posted by David R. Jackson at 2:56 PM

I received the below comment from one of my readers who wanted to remain anonymous.

"The US Forest Service has a mandate from Congress under the National Environmental Policy Act (NEPA) that is interpreted as requiring the FS to do risk assessment on any pest control chemicals used on public lands. These risk assessments were contracted under my program area and I ended up being the technical project manager on these risk assessments. Over the years, we contracted for extensive risk assessment work on glyphosate since it was widely used by FS employees. The original risk assessment conducted in the 2000’s was 800 pages long and included hundreds of references. Basically, the conclusions were that glyphosate has minimal mammalian toxicity. Follow the label and it is safe to use. There is a more recent update of the glyphosate RA that reached the same conclusion.

The NEPA requirement was actually redundant as EPA carefully regulates pesticides in the US under FIFRA (Federal Insecticide, Fungicide and Rodenticide Act). This act also covers herbicides. To meet regulatory requirements, extensive risk assessments, supported by all types of toxicity test data are required before a pesticide can be legally used in the US. EPA has extremely professional, independent risk assessors and they do not support carcinogenicity claims regarding glyphosate. Any concerns EPA has are expressed on the label.

The European group that has caused this furor has given the same warning regarding red meat and very hot beverages. Both the EU and USEPA have refuted findings that glyphosate is carcinogenic. If you want to worry about something, worry about your 6 pm Scotch, your Dairy Queen blizzard, your gloves soaked with 2-cycle mix or your neighbors poor aim with his .308 but use your Round-Up according to the label and you should be OK. I think the PFA stance should be that pesticides are closely regulated and the label is the law. When used according to the label, glyphosate is safe.

The FS mandate focused on environmental risk but we always felt that in the name of completeness, we also did the human health RA (which really had already been done by EPA). Since glyphosate was so widely used, there were literally hundreds of studies to look at but all this literature made us confident that it is a very soft chemical in terms of human toxicity. Actually, I felt like the volumes of writing the contractors produced (over a thousand pages I believe) really became an obstacle to people using the RAs it but they do exist (and are largely ignored by the folks making claims of toxicity). As I point out in the note, our RAs largely confirmed previous findings of minimal mammalian toxicity. As you know, the problems with glyphosate are a lack of specificity and huge overuse has led to resistance. It is being phased out in much large scale agriculture now due to widespread resistance."