Woodland Owners Associations (WOAs) are excellent resources for landowners. Landowner associations provide an opportunity to fellowship with other landowners.  They also provide educational information including presentations, tours, and other educational opportunities.  WOA's provide an opportunity to network with your peers – other private forest landowners. For a new landowner or if you are not quite sure where to start on a particular project, members of a WOAs can be a great place to start asking questions. You can get to know other landowners in your region, get recommendations on natural resource professionals, and attend talks on subjects of interest to you.  Many WOAs are currently located throughout the state and new ones continue to form.  With a total of 27, associations can be found in almost every county. (Forest leaves, Summer 2009)

To find out more about WOA's and see if one is located in your area check out two very good articles from Penn State Cooperative Extension and it's partners. 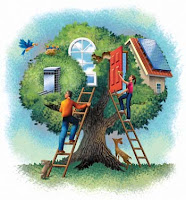 We also sent a formal letter to USGBC's President, which you can read by clicking here.
(Edited from the American Forest Foundation 12/16/09)
Posted by David R. Jackson at 5:40 PM 1 comment: 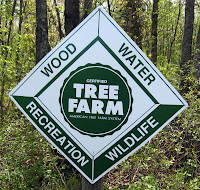 The American Forest Foundation (AFF) has announced that its board of trustees has adopted new, revised standards for the American Tree Farm System (ATFS), its woodland certification program.


Designed especially for small woodland owners, who provide nearly two-thirds of the wood fiber used for paper products in the United States, the new standards require adoption of a woodland management plan that will ensure conservation of multiple resources—water, wildlife, timber, scenic views, and recreation. The new standards also require certified woodland owners to consider and minimize adverse impact of timber or other activities on places of unique historical, cultural, or wildlife value.


Based on the Cooperative Extension publication, Managing Natural Resources: A Guide for Municipal Commissions, this talk will focus on a number of issues and opportunities surrounding the planning and management of community natural resources. Topics will include: the misunderstanding of nature/ecosystem benefits; the role of planning, environmental advisory, and tree commissions in resource conservation; comprehensive plans, street tree, zoning, and other planning and regulatory policy; the importance of a community tree and park plan; and the role of volunteers. Qualifies for 1.0 SAF CFE, Category 1-CF.

Live seminars are scheduled for the second Tuesday of every month at noon and 7 p.m. Each session is recorded and loaded onto the Web Seminar Center along with a copy of the presentation and any handout materials. So, if you are unable to participate in the "live" session, a recording of it will be available for you to view at your convenience. Of course, none of the interactive elements will be available when watching the recording.

To participate in the live seminars you must register and have a "Friend of Penn State" user ID. The "Register Now" page on the website will walk you through this process. If you are a member of the Penn State community, you already have your User ID, but we would ask you to register on the website so that you can receive reminders of upcoming programs.

Participation in the web seminar does not require any special software. To view live and previously recorded seminars all you need is a high-speed Internet connection and sound.

We look forward to having you join these discussions and learning experiences. "See" you there on December 8, 2009.
Posted by David R. Jackson at 8:51 AM No comments: