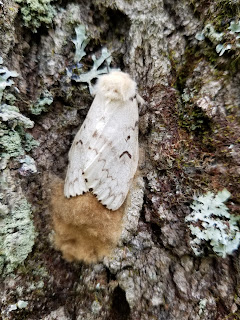 Harrisburg, PA – Agriculture Secretary Russell Redding announced that the department has lifted a quarantine in place since August 2014, because Thousand Cankers Disease no longer threatens Pennsylvania’s black walnut trees. Pennsylvania leads the nation in production and exports of hardwood lumber, and the disease was once thought to be a significant threat to the state’s $36 billion hardwoods industry.

“Quarantines are excellent tools to help protect our agriculture industry and our economy from disease and pests,” said Sec. Redding. “When science demonstrates that the disease is no longer a threat, restrictions on commerce are no longer necessary. We remain vigilant against invasive species and disease threats, but the quarantine as a tool has done its job.”

Thousand Cankers Disease is caused when walnut twig beetles, which carry a fungus called Geosmithia morbida, tunnel beneath the bark of walnut trees, causing small cankers to form.  Over time, repeated beetle attacks and resulting cankers disrupt the movement of water and nutrients throughout the tree, causing branches and limbs to die and eventually killing the tree.

Several peer-reviewed, published research studies have shown that despite the presence of the beetles and fungus, native black walnuts in Pennsylvania have been largely unaffected by the disease. Black walnut constitutes about one percent of Pennsylvania’s hardwood forests and is highly sought after for furniture and other valuable products, as well as the nuts it produces.

Efforts to control walnut twig beetles using parasitic wasps are still underway and the department will continue to monitor the presence of the insects, fungus and disease in Pennsylvania.

The quarantine restricted movement of materials from walnut trees, living or dead, including nursery stock, green lumber and firewood, as well as roots, branches, mulch and other debris. It applied to Bucks, Chester, Delaware, Lancaster, Montgomery and Philadelphia counties. Affected businesses in those counties will be notified of the action this month.

The Pennsylvania Department of Agriculture also issued a quarantine in 2007 prohibiting the movement of firewood of all types and species into Pennsylvania unless it is labeled as "kiln-dried" and/or is USDA-certified. This quarantine, still in effect, is designed to help slow the spread of nonnative, invasive forest pests and diseases that are often moved long distances hidden in firewood.

Campers and homeowners can help protect Pennsylvania's urban, suburban and forested areas from nonnative invasive forest pests and diseases by the following:

The repealed Thousand CankerDisease quarantine order can be found in the Pennsylvania Bulletin. 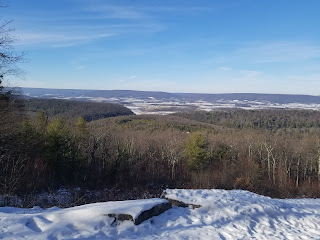 NOAA has released a set of new climate summaries for each state. Their website says: “The State Climate Summaries spell out recent local conditions for each state and provide insights about the state’s climate outlook based on historical trends.”

The State Climate Summaries provided here were initially produced to meet the demand for state-level climate information in the wake of the Third U.S. National Climate Assessment. This 2022 version provides new information and extends the historical climate record to 2020 for each state. The summaries cover assessment topics directly related to NOAA’s mission, specifically historical climate variations and trends, future climate model projections of climate conditions during the 21st century, and past and future conditions of sea level and coastal flooding. Additional background information and links are given.

Searchable state information can be found at: https://statesummaries.ncics.org/

These are worth your time looking at your state and bookmarking your state’s page. They are also good reference documents if you need a quick source of climate information in summary form for your state.