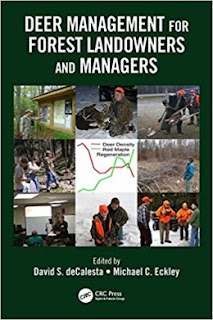 A group of 12 wildlife/forestry biologists has just published a book on deer management titled "Deer Management for Forest Landowners and Managers." The book is based on their collective decades of research, teaching, consulting, and managing white-tailed deer in the northeastern states.

The book is designed to help forest landowners and managers, public and private, develop programs to reduce deer density and impact on forest resources. The book will also help agency biologists, college educators, consultants, and hunters understand the needs of forest landowners/stewards in managing deer impact.

This is the first and only book written for those who manage deer and deer impact on private forestlands such as small woodlots and on public forestlands such as state and/or national forests. It covers the what, the why, the how, the where, the when, the by whom, the how much, and for how long details of deer management on forestlands affected by overabundant deer herds. The book integrates the science of deer biology with human dimension factors of values and culture.

The book describes deer management at the actual level of management – the individual forested property, whether a small woodlot of perhaps 20 acres or a larger commercial forest operation, state park or national forest encompassing hundreds to thousands of acres.

These forestlands are where negative deer impact affects goals for natural resources and are where managers integrate all aspects of deer management: hunting, management to counter deer impact, habitat manipulation, maintenance of access roads used by hunters, and human dimension factors such as culture and values of hunters and other stakeholders.

The book is printed by CRC Press and is available now in paperback, hard cover and e-book formats. There is a website (www.deer-management-book.com) that describes the book, provides information on how to order the book, and includes endorsements by forestry and wildlife experts.”
Posted by David R. Jackson at 9:02 AM No comments:

Bipartisan Bill Introduced to Fight Lyme and other Tick-Borne Diseases

In a bipartisan effort to improve research, prevention, diagnostics, and treatment for Lyme and other tick-borne diseases, U.S. Senators Susan Collins, of Maine, and Tina Smith, of Minnesota, today introduced the Ticks: Identify, Control, and Knockout (TICK) Act.

If passed, it would be the highest amount ever approved for the fight against tick-borne diseases.

Click below to watch Senator Collins introduce the measure on the Senate floor.

Make Informed Decisions on the use of Glyphosate Herbicides

With all the recent press surrounding herbicides containing the active ingredient Glyphosate (e.g. Roundup), I wanted to share some resources that will help you make informed decisions concerning it's use. Please feel free to share these resources with those who have questions or concerns. The Q & A follows nicely with the recorded webinar.

Presented by Dr. Jason Ferrell, Director of the Center for Aquatic and Invasive Plants, University of Florida.
Reports about the harmful effects of glyphosate continue to be in the news. Whether it is toxicity to frogs, cancer in rats, or potentially carcinogenic effects in humans, this world-leading herbicide is commonly discussed.  In this presentation we will review these claims and discuss the strength of the science.  We will also frame these claims in a proper context to help us understand glyphosate and whether it has a future in our society.

Glyphosate Questions and Answers:
http://blogs.oregonstate.edu/mgcoordinators/2018/10/15/glyphosphate-questions-answers/
By Kaci Buhl and Bubl, Oregon State University
Oregon Master Gardener Coordinators
Several Master Gardeners and members of the general public have called on Extension to provide guidance on glyphosate use. Kaci Buhl (OSU Statewide Pesticide Safety Education) and Chip Bubl (OSU Extension Horticulture/General Agriculture) collaborated to develop a list of Q&As that might be helpful to you and your MGs, when you receive glyphosate-related questions. 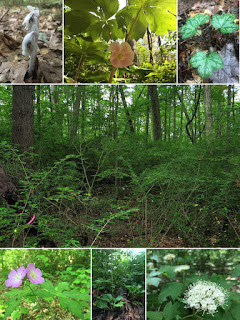 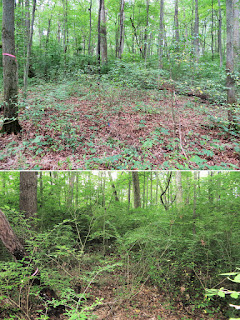 To read the rest of the story click here.
Posted by David R. Jackson at 5:19 PM No comments: