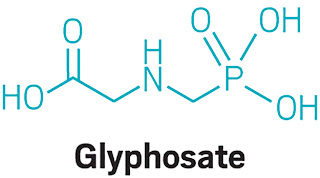 EPA has concluded its regulatory review of glyphosate—the most widely used herbicide in the United States. After a thorough review of the best available science, as required under the Federal Insecticide, Fungicide, and Rodenticide Act, EPA has concluded that there are no risks of concern to human health when glyphosate is used according to the label and that it is not a carcinogen.

These findings on human health risk are consistent with the conclusions of science reviews by many other countries and other federal agencies, including the U.S. Department of Agriculture, the Canadian Pest Management Regulatory Agency, the Australian Pesticide and Veterinary Medicines Authority, the European Food Safety Authority, and the German Federal Institute for Occupational Safety and Health.

The agency is requiring additional mitigation measures to help farmers target pesticide sprays to the intended pest and reduce the problem of increasing glyphosate resistance in weeds. Glyphosate has been studied for decades and the agency reviewed thousands of studies since its registration.

Glyphosate is used on more than 100 food crops, including glyphosate-resistant corn, soybean, cotton, canola, and sugar beet. It is the leading herbicide for the management of invasive and noxious weeds and is used to manage pastures, rangeland, rights of ways, forests, public land, and residential areas. In addition, glyphosate has low residual soil toxicity and helps retain no-till and low-till farming operations.

More information on glyphosate and EPA’s interim decision is available at www.epa.gov/ingredients-used-pesticide-products/glyphosate

Background
EPA uses interim decisions to finalize enforceable mitigation measures while conducting other longer-term assessments, such as an endangered species assessment. EPA will next complete a draft biological evaluation for glyphosate, which is anticipated for public comment in Fall 2020.
Posted by David R. Jackson at 2:37 PM No comments:

Landowners have a new option for posting properties.

Landowners who post their properties now have the option of using purple paint rather than signs to alert others that lands are private and trespassing isn’t permitted.

House Bill 1772, which was signed into law by Gov. Tom Wolf in November and took effect this week.
The bill adds language to the section of state law dealing with criminal trespass. Under the law, a person is considered a “defiant trespasser” – which carries enhanced penalties – if he or she enters or remains in any place where notice against trespassing is given by actual communication, lawful posting or fencing.

House Bill 1772 makes the use of purple paint on trees or posts a lawful posting method in all but Allegheny and Philadelphia counties. Vertical purple lines must be at least 8 inches long and 1 inch wide. The bottom of the mark must not be less than 3 feet or more than 5 feet from the ground. And painted marks must not be more than 100 feet apart.

Now that the “purple paint law” is effective, hunters should know they might encounter purple markings on trees and that these marks are meant to define the boundary of an adjoining private property that’s posted against trespassing. The new law also authorizes unarmed persons to go onto private property for the sole purpose of retrieving a hunting dog.