Pennsylvania was represented by Jesse Isenberg from Indiana, Thomas Brady and Caleb Brady both from Clymer. The team was coached by Deborah Beisel from Clymer and Ashlee Early from Wellsboro.

The Joe Yeager “Spirit of the Invitational” award was given to Amy Burkhalter of Oklahoma. This award recognizes an outstanding 4-H contestant at the Invitational. It is presented to the individual who takes initiative, is enthusiastic, and is eager to lead academic and social situations.

4-H is a youth education program operated by the Cooperative Extension Service of the U.S. Department of Agriculture, National Institute of Food and Agriculture and the state land grant universities. More than six million youth, 540,000 volunteers, and 3,500 professionals participate in 4-H nationwide, and nearly 100,000 are part of the 4-H Forestry Program. 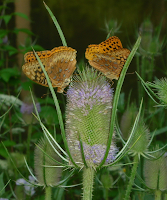 Beartown Family Partnership and Penn State Extension-Centre County are pleased to be offering the Woodlot Management Tree Farm Field Day hosted by Pennsylvania’s 2012 Tree Farmer of the Year. The field day is scheduled for Saturday, August 17, 2013 from 9:00 AM - 3:00 PM at the Beartown Family Tree Farm located just south of Snow Shoe, Pennsylvania.

The Beartown Family Tree Farm is a 2,087 acre property owned by the third generation of the Shoemaker family. The property is located at the head of the Beech Creek watershed on the Allegheny Front in Central Pennsylvania. The field day will provide presentations and discussions on integrating natural gas and wind energy resource development with good forest and wildlife management. Tours will include discussions of water and soil protection and site management during and after development and current management practices.

Two tours, one walking and one driving, will examine various aspects of the property including: managing water quality in forested watersheds with and without other resource development, deer exclosures, how to support family recreation needs, pollinator habitat enhancement, forest road development, Bear Rocks and archeology studies, wind farm development on forested properties, using trail cameras to help with wildlife management, and timber salvage in the aftermath of gypsy moth infestation.

To register click here or call Penn State Extension at 814-355-4897. Participants must be pre-registered by Monday, August 12, 2013. A $20.00 fee is being charged per person to cover program costs, including lunch. For questions please contact Dave Jackson in the Centre County Extension office at 814-355-4897 or e-mail CentreExt@psu.edu.

Penn State encourages persons with disabilities to participate in its programs and activities. If you anticipate needing any type of special accommodations or have questions about the physical access provided, contact Dave Jackson, Penn State Cooperative Extension-Centre County at 814-355-4897 in advance of your participation or visit.
Posted by David R. Jackson at 1:49 PM No comments:

Why Would Anyone Cut a Tree Down?

The US Forest Service Northeastern Area State and Private Forestry recently produced an attractive book entitled "Why Would Anyone Cut a Tree Down?" along with an on-line mini-curriculum.  While the book is available as a hard copy for $10 at the US Government Bookstore, it is also downloadable as a PDF for free (careful, this is a very large file).  This book might be useful to you at camp or at other youth group programs, especially on rainy days.  It covers a very important issue that kids are often confused about.  You could have kids taking turns reading the "pages" or simply choose a narrator to read it to the group.  This should open the door for additional group discussion on the topic.  The mini-curriculum also has great ideas for extensions and follow-up activities.
Posted by David R. Jackson at 3:56 PM No comments: