Thinning Forests to Save the Birds

This video was just release on You Tube.  We get an early look at the NRCS Joint Chiefs projects featuring two Pennsylvania Forest Landowners.......Enjoy.

Meet John Hoover, Mike and Laura Jackson, Pennsylvania landowners who are using targeted cuts to manage for diverse forests on their properties. Healthy forests, just like healthy human populations, are sustained by a diversity of ages. Each group has a role to play in maintaining the whole community over the long term.

Posted by David R. Jackson at 4:41 PM No comments: 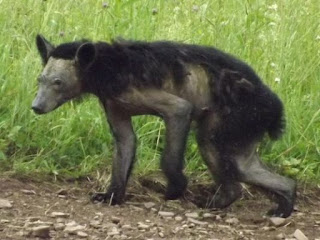 To read the full story click here.
Posted by David R. Jackson at 8:28 AM No comments: 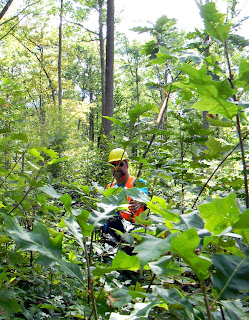 Northern red oak (Quercus rubra L.) is one of the highest-valued species for both timber production and wildlife amenities. In New England, the species is declining due to regeneration difficulties, dwindling farmland abandonment, and losses from deer browsing.

The new publication, Ecology andManagement of Northern Red Oak in New England, attempts to assemble and evaluate information on red oak ecology, management, and habitat that is especially applicable to New England. Red oak appears to occupy a different niche here than in other regions, and research from those regions may not fully apply.

The authors provide silvicultural and habitat information and recommendations for northern red oak using literature from within and outside the region, coupled with a synthesis of many observations by the authors and practicing foresters. Topics include site factors, regeneration, succession, stocking, growth, quality, step-by-step silvicultural prescriptions, damaging agents, and wildlife habitat.

It is available free of charge. You can access this publication online.

The guide was written by a multiagency, multidisciplinary team to address the specific issues land managers face. The authors welcome comments and questions: 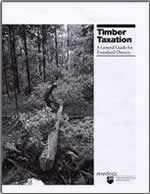 Private landowners, small business owners, and other professionals such as accountants, lawyers, tax preparers, financial advisers, and natural resource managers, encounter questions concerning the taxation and planning for forestry operations. The tax code is notoriously complicated and even seasoned professionals may not be familiar with how it applies to forests and woodlots, but understanding these rules can help forest landowners save money. Choices you make about how to set up your accounts or structure a timber sale can have enormous financial implications. This course will give you a framework within which to understand these concepts, and to work knowledgeably with other members of your tax team or advise forest landowner clients. In this self-guided online course, you learn to apply forest finance and timber tax concepts, including:

Find this course at: https://extension.psu.edu/forest-taxation-forest-finance-and-timber-tax-education
Posted by David R. Jackson at 9:37 AM No comments: