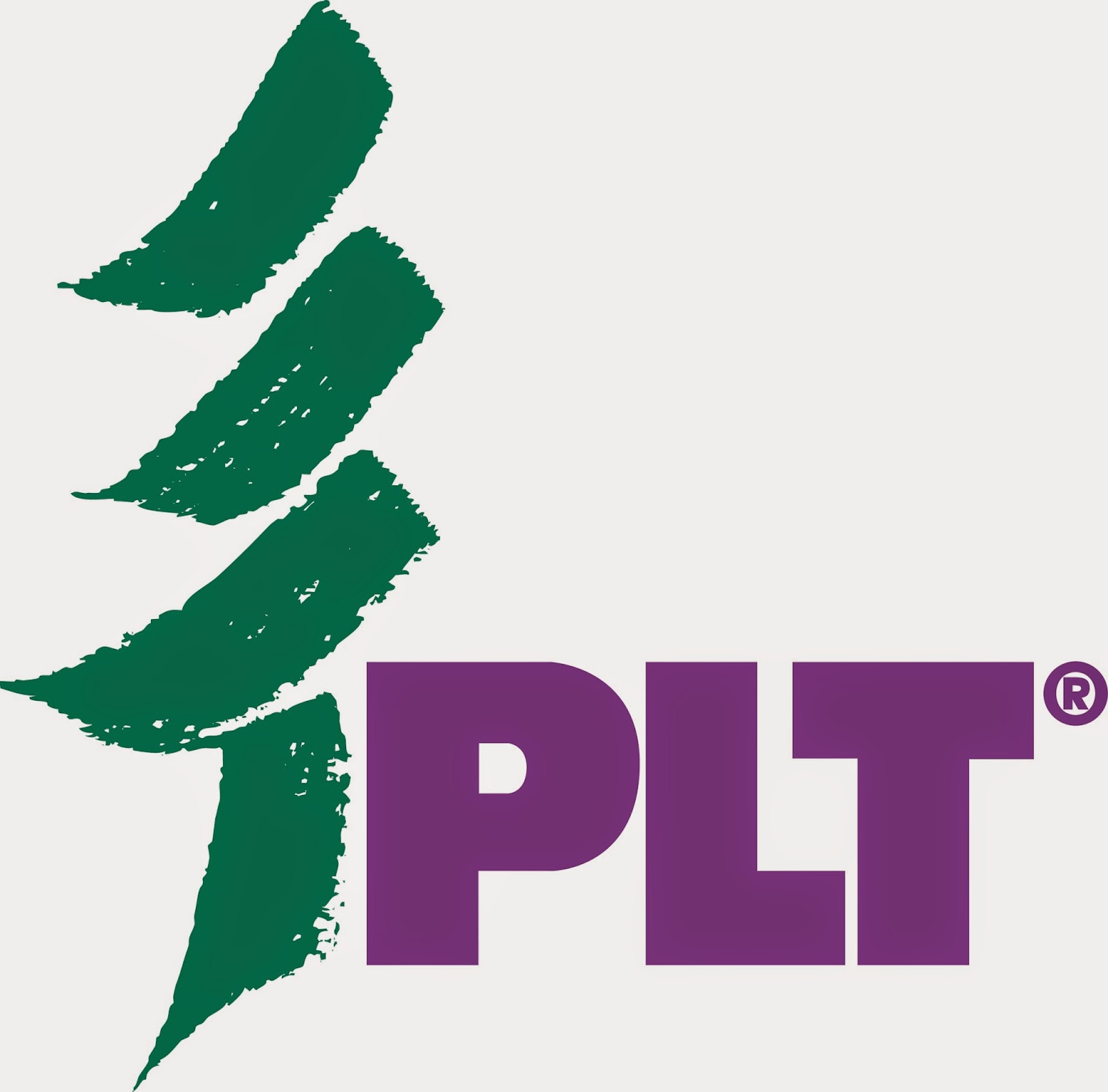 Need to engage teachers in learning about the carbon cycle? Trying to explain the evidence for climate change? Want to help forest landowners think about growing resilient forests, sequestering carbon, or understanding why using wood products removes carbon from the atmosphere?

You can find engaging activities and teaching resources for these topics and more in a new educational module produced by the University of Florida environmental education team with Project Learning Tree (PLT). The module, Southeastern Forests and Climate Change was produced for PINEMAP, the USDA/NIFA-funded integrated research-education-Extension project focusing on loblolly pine and climate change. This secondary module is designed for educators to use in middle and high school classrooms and is framed on the research activities associated with PINEMAP, but explains these concepts in the broader context of southern forests. Adaptations to select activities are being developed by Extension educators in Kentucky to feature Appalachian hardwoods, and this information will be available to others as well.

The collection of 14 activities helps biology, agriculture, and environmental science teachers focus on the interactions between climate and forests and the ways we can manage forests to adapt to and mitigate future change. It has also been used with 4-H youth and forest landowners in workshops and presentations. It is a great regional complement to PLT’s other secondary modules including Focus on Forests and Forests of the World. This module retains the tried and true features of PLT’s materials:  engaging activities, teacher background, step-by-step instructions, interdisciplinary focus on a controversial issue, science-based perspectives, critical thinking skills, data analysis, modifications and enrichment suggestions for adaptations, and correlations to national science standards. The module also offers some new additions to PLT materials:  a systems thinking connection in each activity and supplemental activities on the website, a research connection and videos with researchers explaining their work, and quotes from the pilot test teachers that provide encouraging words of wisdom on each activity.

This material can be defined in terms of several current buzzwords--STEM education or Education for Sustainability, for example. It engages learners in understanding science, using math skills, applying technology, integrating economics and justice, building skills in systems and critical thinking, enhancing group process and communication, and considering how we can approach the challenges of the future together. It is just good environmental education!

Between now and December 2015 copies of books will be available at no charge through the PINEMAP grant and mini-grants available to southeastern PLT Coordinators who wish to distribute this module in workshops. Extension faculty can use the resource and/or assist their state PLT coordinator with workshops. PINEMAP researchers are also available to assist.
Posted by David R. Jackson at 1:18 PM No comments:

It's For the Birds

The Clearwater Conservancy is sponsoring a presentation by University of Delaware professor Dr. Doug Tallamy.  Dr. Tallamy is the author of a relatively new book entitled "Bringing Nature Home."  The presentation is entitled “It’s for the Birds” and will take place at the Centre County Convention and Visitors Bureau on November 20 in State College, PA.  Tallamy will discuss what we can do to give birds what they need from our landscapes and explore the consequences of failing to do so.  This presentation is worth seeing.  Dr. Tallamy presents some intriguing information that will open your eyes to a whole new way of looking at our landscapes.

“It’s for the Birds”
Many bird populations in the U.S. are in steep decline, in part because our gardens and managed landscapes occupy more space than natural areas and we have not designed them with birds in mind. To do that we can no longer view plants only as ornaments but must consider all of their roles when selecting them for our landscapes. Tallamy will discuss what birds need from our landscapes to breed successfully, the important roles native plants play in maintaining food webs vital to birds, emphasize the benefits of designing landscapes with these roles in mind, and explore the consequences of failing to do so. Landscaping in this crowded world carries both moral and ecological responsibilities that we can no longer ignore.


A book signing and sale will follow Doug's talk.

The cost is only $15 or $10 for students.  Pre-registration is required online only at www.clearwaterconservancy.org

Below is a story about the author that appeared in the New York Times in March 2008 by Anne Raver.

To Feed the Birds First Feed the Bugs
DOUG TALLAMY and his wife, Cindy, built their house seven years ago in the middle of 10 acres of former hayfields. But they don’t sit inside much. Most of their spare time is spent cutting Oriental bittersweet and Japanese honeysuckle out of cherry and oak trees. They saw down thickets of autumn olive and multiflora rose and paint the cut stems with an herbicide that goes down into the roots and kills them.

The land was so thick with multiflora rose that they couldn’t walk, so Mr. Tallamy cut paths with hand loppers. They work with handsaws, not a chain saw. And they paint on the herbicide, rather than spraying it, because they don’t want to damage the treasures below: under those thorny rose bushes might be seedlings of black oak, Florida dogwood, black gum or arrowwood viburnum, which, if protected from deer, could flourish in the cleared space.

Saw this headline today, "Bobwhite Quail Close to Extinction in PA and NJ."  Having spent eight years of my career in eastern Virginia where I was stationed on a small state forest that had a quail habitat management area I saw the impacts habitat improvement can have on the population. Small things such as burning old fields, planting warm season grasses, and disking area on a 3 year rotation greatly improved the quail population.

“The northern bobwhite quail is one of the most popular game birds in North America. Its native range included most of the eastern United States north to southern Maine, southern New York, southern Ontario, central Wisconsin and south central Minnesota, west to very southeastern Wyoming, eastern Colorado, eastern New Mexico, and eastern Mexico south to Chiapas. Twenty-two subspecies have been recognized. Since the mid 1960’s, the bobwhite’s range and populations have declined dramatically. Northern bobwhites were relatively common across southern Pennsylvania farmland and brush lands until about 1945. Populations declined rapidly between 1945-1955, but made a recovery in the early 1960’s. Since 1966, the range and populations of bobwhites have declined to the point that most counties in the commonwealth no longer have bobwhites as a breeding species.” (From PA Game Commission, Quail Management Plan, 2011)

In doing a quick internet search to see if anything existed on the current status of the management plan and quail populations I came across a number of interesting news articles but nothing current to provide us with an indication of the success or failure of the plan being implemented here. Unfortunately, this leaves us wondering…What is the current status of quail in Pennsylvania?  Has the management plan been working? Or, are the headlines correct and wild quail populations are close to extinction here in PA?

Bobwhite Quail Close to Extinction in Pa. and NJ
By Edward Colimore, The Philadelphia Inquirer, October 12, 2014
Bill Haines Jr. used to see wild quail on his family's farm all the time when he was growing up. He heard their distinctive "bobwhite" calls and thought nothing of it. Fifty years ago, the small chicken-like bird thrived across parts of the state. Coveys of them were common. Hunters flushed them out by the scores while walking through brushy fields.

Now, their singing has all but stopped. The number of wild bobwhite quail has fallen off so precipitously that — except for small pockets — they're close to extinction in New Jersey and Pennsylvania, and barely holding on in Delaware, wildlife ecologists say. Choked forests, paved roads, housing developments, herbicides, and pesticides have destroyed food sources and nesting grounds. The birds disappeared as their habitat disappeared.
Click here for the rest of the story.


These news releases may be of interest to you as well.  They are from 2011 when the quail management plan was released.

Can the bobwhite quail make a comeback in Pennsylvania?
By Marcus Schneck, October 05, 2011
The northern bobwhite quail – a familiar and popular species that even the experts are not sure still exists in the wild, non-stocked state in Pennsylvania – now has a management plan in the Keystone State. The Pennsylvania Board of Game Commissioners on Tuesday approved an aggressive plan, which has a starting point of next July. Although quail can be found in many areas of Pennsylvania, no one seems certain if any of those birds are native to the state or the result of the estimated 60,000 to 70,000 pen-raised birds stocked by hunting dog enthusiasts across the state each year.
Click here for the rest of the story.

A life preserver for bobwhite quail?
By Ad Crable, September 12, 2011
The last time I heard the whistle of a bobwhite quail calling its own name in Lancaster County was at least 20 years ago. I was hiking through tall grass in a long-deserted farm that had become part of the Muddy Run pumped-storage reservoir project. I stopped dead and tried whistling back. Bob-bob-white. Memories of chasing coveys of quail over hill and dale with a pointer and shotgun on Illinois farmland as a young boy came rushing back. I've not heard one here since. That's because there are few wild reproducing quail left in Pennsylvania.
Click here for the rest of the story.
Posted by David R. Jackson at 12:57 PM No comments:


The table of tree species that do well in urban environments and are NOT hosts for Asian longhorned beetle (ALB) or emerald ash borer (EAB) has been revised recently. The table provides a starting point for identifying potential trees species to plant in areas impacted by these two pests. Tree planting, whether a replacement or new, is critical in helping communities provide valuable tree cover for aesthetics, clean air, stormwater reductions, and wildlife habitat.

ALB and EAB have had a significant impact on communities in the Northeastern and Midwestern US.  Numerous requests have been received from communities for a list of trees that do well in urban environments and are not ALB or EAB host trees.  To develop this list, the Forest Service combined all the recommended replacement trees for areas where ALB has been found and added information on EAB tree replacement from the Michigan State University website. Information about each tree species was compiled from numerous references which are listed in The Replacement Tree Table. Drafts of the table were sent to urban forestry professionals for review. The table was edited using their suggestions.

To promote species diversity, the Forest Service included many trees that do well in urban areas but realize the table does not include every non-host tree species. Users of The Replacement Tree Table are encouraged to use this as a starting reference for potential replacement trees. The list will then need to be narrowed by researching the species that best fit your specific site characteristics.

Posted by David R. Jackson at 1:26 PM No comments: