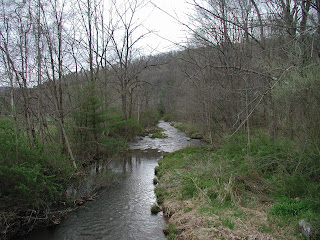 Harrisburg, PA – The departments of Conservation and Natural Resources and Environmental Protection today are announcing that grants are being made available to assist landowners with planting trees along streams in Pennsylvania to improve water quality.

Pennsylvania has a goal of planting 95,000 acres of streamside buffers by 2025.

“One of the best practices to improve the quality of our waterways is to plant trees along them to prevent sediments and nutrients from the land from entering them, and to provide shade to help keep water temperatures cooler for trout and other stream life,” DCNR Secretary Cindy Adams Dunn said at an event at the Bridger Farm in Crawford County today. “To assist landowners with plantings, DCNR is dedicating $500,000 to a pilot grant program this year and will give some priority to buffer plantings in our future grant rounds.”

The DCNR Community Conservation Partnership Program grant round led by the DCNR Bureau of Recreation and Conservation will open on Aug. 1 and close Sept. 15 for this year.  These new grants are in addition to DEP’s Growing Greener grants, which also include funding for forest buffer plantings.

To expand on the existing streamside buffer options for landowners, DCNR is piloting a multi-functional buffer option that is eligible for grant dollars to provide greater flexibility in landowner eligibility, buffer designs, widths, plant species and offer the option of planting some income-producing crops in the buffer zone.

“Thousands of acres of buffers have been planted in Pennsylvania over the past 15 years,” Dunn said. “This new option is intended to expand the landowners who are eligible for grant assistance, and also offer farmers the option to continue to produce some income from the stream buffer zone by incorporating some crop plantings of specific trees and plant species.”

“Like all good solutions, streamside buffers offer multiple benefits and solve multiple problems at once,” said DEP Acting Secretary Patrick McDonnell at a meeting of the State Conservation Commission in State College today. “Streamside buffers improve local water quality and habitat, and improve the quality of the water downstream. This program will pay benefits far beyond just where the trees are planted.”

With assistance from the Crawford County Conservation District, the DCNR Bureau of Forestry, and local high school students, John and Amy Bridger planted about 2.5 acres of forest buffers along a tributary to French Creek next to the barnyard of their farm in Cambridge Springs.

“Planting stream buffers allowed us to reduce erosion and create a clear pathway for drainage along our hayfields and pastures, which is critical for overall health of the farm ecosystem,” Amy Bridger said. “We also were thrilled that local students were involved in the planting which raises awareness of the role of farming in food supply and conservation efforts as well as the wonderful life that farming can offer.”

Dunn noted that DCNR Bureau of Forestry service foresters located in each of the 20 forest districts statewide can assist landowners with information about planting forest buffers.

Posted by David R. Jackson at 4:18 PM No comments:

Increase of Lyme disease cases can be linked to climate change


Pennsylvania has led the nation in confirmed cases of Lyme disease from 2012–2014, according to the most recent data available from the Centers for Disease Control and Prevention.

That’s not surprising given that Pennsylvania is a large state both in population and land that is 58 percent covered in forests, providing ideal habitat for blacklegged ticks—commonly called deer ticks and the carriers of Lyme disease in the northeastern, mid-Atlantic, and north-central United States.

In addition, deer ticks have been found in each of Pennsylvania’s 67 counties, and more than half of Pennsylvanians participate in outdoor recreation one or more times a week, increasing the chances of contracting Lyme disease.

Data from the Pennsylvania Department of Health shows there were 7,400 cases of Lyme disease in the commonwealth, compared with 5,900 during 2013, a 25 percent increase over the prior year. However, the actual number of illnesses is most likely greater than what is reported to health officials due to the fact that many of the symptoms of tick-borne diseases are similar to those of other conditions, which complicates the diagnoses of Lyme disease.

So what are the reasons for this spread of deer ticks and Lyme disease? Science and studies are providing evidence that climate change is one of the factors contributing to the increase in the life span and range of ticks that can spread the disease. According to the U.S. Environmental Protection Agency (EPA), the life cycle and prevalence of deer ticks are strongly influenced by temperature.

Climate change is increasing not only the range in which Lyme disease-carrying ticks can survive, but the amount of time in which ticks can feed. For example, deer ticks are mostly active when temperatures are above 45°F, according to the EPA, and they thrive in areas with at least 85 percent humidity. In addition, shorter winters also could extend the period when ticks are active each year, increasing the time that we can be exposed to contracting Lyme disease.

These climate patterns supporting the life cycle of deer ticks are happening in Pennsylvania in the form of higher temperatures and an increase in annual precipitation. Since the early 20th century, the commonwealth has seen a temperature increase of more than 1.8° F. Winter temperatures have risen faster, at a rate of 1.3° F per decade from 1970 to 2000 in northeastern United States.

In addition, annual precipitation has increased about 10 percent during the past 100 years. These changes in climate are predicted to increase, thereby continuing the risk of Lyme disease for Pennsylvanians in the future.

The commonwealth is projected to be as much as 5.4° F warmer by the middle of this century than it was at the end of last century. Additionally, annual precipitation is expected to increase by 8 percent. But don’t just take our word. The correlation between climate change and the spread of Lyme disease is so significant, that the EPA monitors the spread of Lyme disease as an indicator of climate change in the U.S. The majority of climate scientists agree that observed changes in climate patterns can be linked to rising levels of carbon dioxide and other greenhouse gases caused by human activities.

While climate change presents significant challenges, there is much forest landowners and managers can do to limit its effects. Developing strategies to:
•Manage our forests to sequester an increasing amount of carbon
•Ensure forest lands remain resilient
•Help landowners and communities reduce their carbon footprint and adapt to climate change

While we may not be able to limit the span of ticks that can spread Lyme disease, there are some tips you can follow from the Centers for Disease Control and Prevention to reduce your exposure to tick bites after spending time in the outdoors. 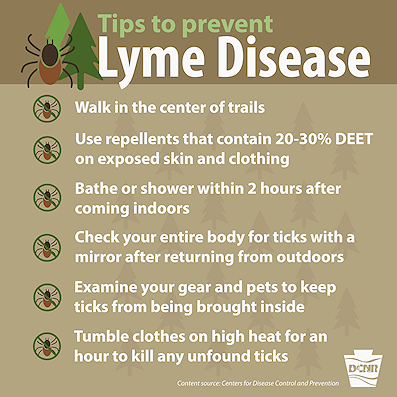