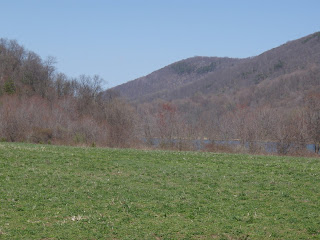 The EPA has calculated the amount of carbon dioxide emitted by the average car at about five metric tons, more than 11,000 pounds, so a single acre of woods would be countering the emissions of about 2.7 cars. For 40 acres, that would be about 109 cars.
Posted by David R. Jackson at 5:14 PM No comments: