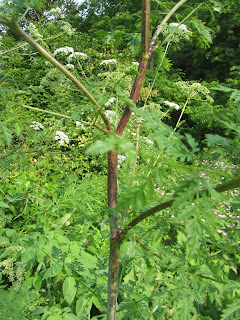 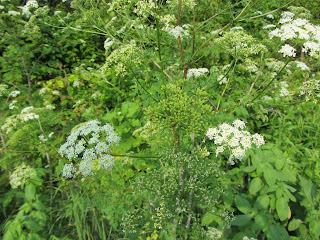 06/11/2018
​Harrisburg, PA – A veteran of the Department of Conservation and Natural Resource’s Bureau of Forestry has been appointed state forester and will serve as director of the bureau.

Ellen M. Shultzabarger, who has worked for 14 years in various positions in the Bureau of Forestry, begins as the bureau director starting today.

“The director plays a critical role in the daily operations of the Bureau of Forestry, a vital role as state forester in national forest management issues, and also is an integral part of the leadership team of the department,” DCNR Secretary Cindy Adams Dunn said. “In Ellen, we have found someone with proven leadership abilities, a vision for the bureau and the department, and a strong natural science background.  She is a strong communicator, respected among her colleagues and works in a collaborative way to achieve the goals of the bureau and further the mission of the agency.”

Shultzabarger, 41, takes over the reins of Pennsylvania’s state forest system -- one of the largest in the nation that is certified as well managed to ensure its future health.

The DCNR Bureau of Forestry manages 2.2 million acres of state forestland, conserves native wild plants, and promotes stewardship of all of the commonwealth’s forest resources for values including sustained yields of timber; clean water; plant and wildlife biodiversity and habitat; and wild character.

Some of the opportunities and challenges facing Pennsylvania’s forests and the bureau in the coming years include addressing the impacts of invasive species and diseases; stewardship of private forest lands; assessing recreational needs and opportunities; managing activities related to energy and rights-of-ways; adaptation planning for future climate change; and elevating the values of forests and trees.

Shultzabarger is the first woman to hold the position of state forester and bureau director since the creation about 125 years ago of what is now the DCNR Bureau of Forestry.

“I am truly excited and honored to have the opportunity to lead a talented group of forestry and natural resources professionals to sustainably manage the forests of Pennsylvania to assure long-term viability of working forests, both public and private,” Shultzabarger said. “I will strive to connect people to the outdoors, manage the state forests entrusted to us, and increase awareness of the importance and benefits of trees and forests.”

Shultzabarger has worked for the bureau in a variety of positions, with the most recent being the Chief of Conservation Science and Ecological Resources. During her tenure at DCNR, she has led a number of highly visible projects that span all aspects of its work, including oil and gas management; restoration and monitoring; wildlife management; invasive species; and recreation planning.
Before beginning work for DCNR in 2004, Shultzabarger served with the Massachusetts Division of Fish and Wildlife, Tufts University and several local and national non-profit conservation organizations.

Shultzabarger graduated from The Ohio State University with a bachelor’s degree in Natural Resources. She also received a graduate certification in Urban Environmental Planning and Policy from Tufts University.

Shultzabarger lives in Lancaster with her husband Brian and their two children.

For more information on the DCNR Bureau of Forestry or Pennsylvania’s 2.2-million acre state forest system, visit the DCNR website at www.dcnr.pa.gov.