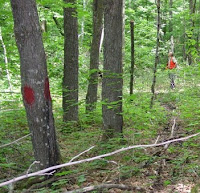 USDA's Natural Resources Conservation Service (NRCS) has announced that the fiscal year (FY) 2012 ranking period cutoff for the Conservation Stewardship Program (CSP) has been extended to January 27, 2012.  Interested farmers and landowners have until Friday, January 27, 2012, to complete the initial application form to compete for a spot in the 2012 enrollment class for the program.

To sign up, producers should visit their NRCS local service center.

* Continuous Sign-Up, But if You Miss the Cut-Off You Wait a Full Year -- While CSP is a continuous sign-up program and producers can apply to enroll at any time of the year, NRCS applies a cut-off date for applications to be considered during a particular fiscal year.  Once the cut-off date is past, producers may continue to apply for the program, but they will not be considered for entry until the spring of the following year, in this case spring of 2013, so if you want to enroll in 2012 you must get an application filed by January 27.

Process and Timeline
The application form, available at local NRCS offices, is a fairly short and simple one. Producers will also need to fill out the NRCS-CPA-1200 form.  It is the same short generic two page form that is used for all the NRCS conservation programs offering financial assistance to farmers and landowners.  Prior to submitting the CSP application (or an application for any other USDA conservation assistance program) you must have a farm record number established with the Farm Service Agency.  If you do not currently have one, go to FSA first to establish your farm record.

All producers who have submitted their completed short conservation program application form by January 27 will then have until early to mid March 2012 to sit down with their local NRCS staff person and fill out the CSP Conservation Measurement Tool (CMT) which will be used to determine program eligibility, environmental benefits ranking, and CSP payment amounts.  The CMT session will generally last an hour or more.

NRCS currently expects to complete the ranking process by sometime in March.  Farmers and landowners with the highest environmental benefits scores on the CMT will be chosen for enrollment.  NRCS will then schedule on-farm verification visits and develop a CSP plan and contract for each enrollee. The agency currently expects that process to last through mid to late April.  The first annual payments for five-year contracts awarded in this round will be made on or after October 1, 2012 and then every October 1 thereafter.
Posted by David R. Jackson at 10:37 AM