You may have already seen the announcement concerning the 2015 Forest Landowner Conference: The Future of Penn's Woods.  It will be held on March 20-21 at the Blair County Convention Center in Altoona, PA.  The Penn State Center for Private Forests and its partners just announced the keynote speakers for the event.  I have provided that information below.  This event will provide important information for landowners.  There will be pre-conference tours, a host of indoor presentations and sessions, numerous venders and agency folks displaying and providing information, along with plenty of time to connect with folks that can help guide your ownership objectives.  I hope you all plan to join us.

Jim’s research focuses on the human dimensions of natural resources. His studies include investigations into private forest owner attitudes and motivations, the effects of owner decisions on forest retention, forest sustainability, and peer-to-peer learning. He is also the Pennsylvania extension forester and in this capacity he focuses on outreach to private forest owners and stakeholders. Jim is the founding co-chair for Penn State’s Human Dimensions of Natural Resources and the Environment dual-title inter-college graduate degree program. 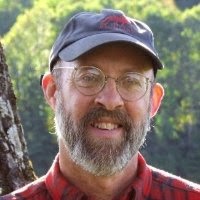 Chuck Fergus has enjoyed writing about nature, wildlife, and the outdoors for his entire professional career. After growing up in State College, he graduated from Penn State’s Writing Option in 1973 and went to work for the Pennsylvania Game Commission. He wrote the popular column “Thornapples” in Pennsylvania Game News for 14 years, from 1978 through 1992, and has contributed to the “Crossings” column in that magazine since 2002. He has written for publications ranging from Highlights for Children to Audubon and the New York Times.

Chuck’s seventeen books include two collections of nature essays, The Wingless Crow and Thornapples: The Comings, Goings, and Outdoor Doings of a Naturalist, as well as the best-selling reference books Wildlife of Pennsylvania and the Northeast and Trees of Pennsylvania and the Northeast, both published by Stackpole Books. Chuck is now writing a series of mysteries set in back-country Pennsylvania during the iron-making era of the 1830s. Chuck works in wildlife communications for the Wildlife Management Institute. Since 2003, he has lived on a 120-acre farm in the Northeast Kingdom of Vermont, with his wife, the writer Nancy Marie Brown.
Chuck will speak on “Learning a New Land,” relating stories about moving from his and Nancy’s 30-acre property in Centre County to their new home in Vermont, and discussing how a love for a given place and its trees, wildlife, and weather grows and flourishes. After his talk, he will be autographing and selling copies of his books.

Dr. Alley has traveled from Antarctica to Greenland to learn the history of Earth’s climate, and whether the great ice sheets will fall in the ocean and flood our coasts. With over 240 scientific publications, he has been asked to provide advice to the highest levels of government, and been recognized with numerous awards including election to the US National Academy of Sciences and the Royal Society. He hosted the recent PBS miniseries Earth: The Operators’ Manual, and has been compared to a cross between Woody Allen and Carl Sagan for his enthusiastic efforts to communicate the excitement and importance of the science to everyone.