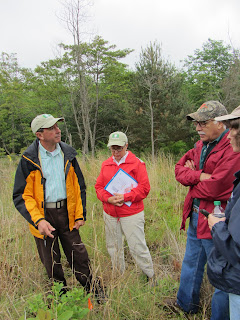 The ATFS also announced the other 3 regional winners of the 2015 Outstanding Tree Farmers of the Year:
•          The Hoiland family of Montana
•          The Boutwell family of Alabama
•          The Becker family of Wisconsin
These four awardees, representing all four corners of the nation, have demonstrated hard work, dedication, resilience, and an excellence in stewardship in managing their land’s wood, wildlife, water, and recreation.

Please take a few moments to read their stories of stewardship and then cast your vote on who you think should be recognized as this year's National Outstanding Tree Farmer of the Year. Online voting will conclude on July 31st, 2015 and is limited to one per day.

The final selection of the National Outstanding Tree Farmer of the Year will be decided by a panel of voters that includes the American Forest Foundation's Woodland Operating Committee, conservation partners, the senior staff of the American Forest Foundation and you. The Regional Outstanding Tree Farmer of the Year with the most online votes will receive one additional vote.

In Addition, On Saturday July 18th beginning at 1PM Beckets Run Woodlands will host a tour to showcase their conservation efforts to restore the forest ecosystem by controlling invasive plants and promoting biodiversity and wildlife habitat in southern Allegheny County. If interested in attending or for more information please contact owners Raul Chiesa and Janet Sredy by July 11: becketsrunwoodlands@gmail.com. You can also find them on Facebook.

We wish Raul and Janet well in the competition to be the 2015 National Tree Farmers of the Year! Thanks for all you do to promote good forest stewardship through the Tree Farm Program. Best of luck!
Posted by David R. Jackson at 4:02 PM