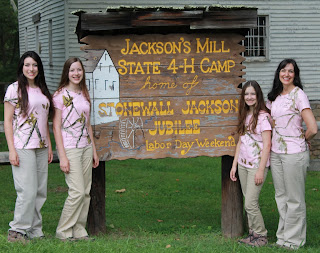 The Joe Yeager “Spirit of the Invitational” award was given to Devin Hipp from South Carolina.  This award recognizes an outstanding 4-H contestant at the Invitational. It is presented to the individual who takes initiative, is enthusiastic, and is eager to lead academic and social situations.

For more information on the National 4-H Forestry Invitational, go to: http://4hforestryinvitational.org/.
Posted by David R. Jackson at 10:05 AM