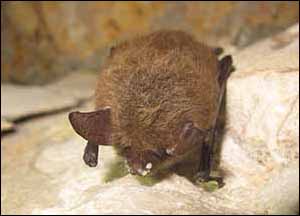 The final 4(d) rule goes into effect February, 16. More information is available here. The US Fish & Wildlife Service (FWS) released the much-anticipated final 4(d) rule for the northern long-eared bat (NLEB) last month. The final rule has streamlined, changed, or even removed several provisions that were concerning to the broader forestry community.

The positives:
Thanks to hard work by FWS staff and information from Society of American Foresters, its members, and other forestry organizations, this final rule better reflects that white-nose syndrome is the overwhelming threat, highlights the potential benefits of forest management activities including prescribed fire, and seeks to implement more focused protections than previous iterations of the rule.

Implementation of the interim rule suffered from inconsistencies in communications and expectations across the various FWS offices. We are hopeful that coordination and consistency will be improved with the final rule, but with such a broad habitat range there are bound to be some hurdles.